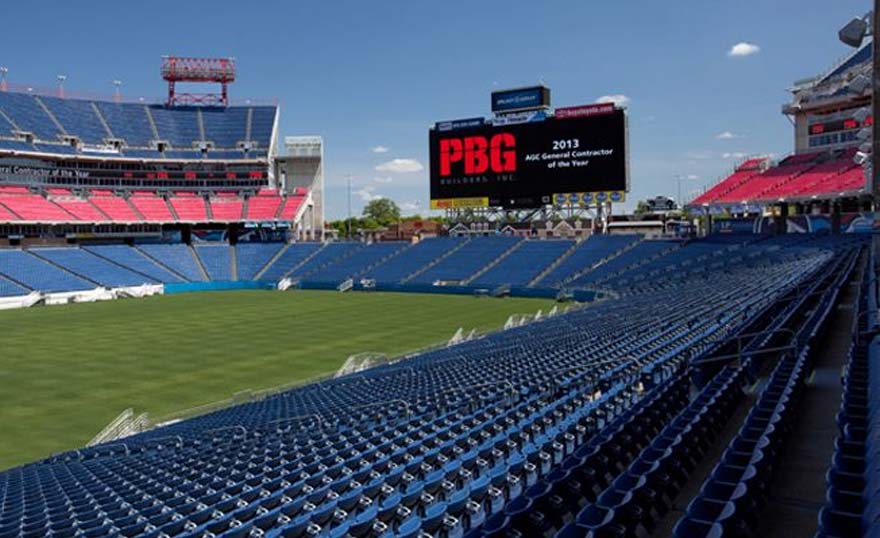 We were the Architect of Record on the recent renovations of LP Field in Nashville, Tennessee. I want to express to you how great a job PBG Builders, Inc. did on the project. The project was on time, in budget and construction quality was outstanding! What a pleasure to work with such a capable, experienced and dedicated staff and company!

You are by far the best General Contractor that we have worked with in my forty-five year career! Thanks again for such outstanding performance and we hope to work with you many times in the future!

The project presented a number of substantial challenges, including a restrictive six-month time frame for a project that would optimally take nine months to one year to complete.  To further impact the schedule, a number of interruptions during the course of construction, such as the CMA Fest, an international soccer tournament, a Kenny Chesney Concert, and the Music City Marathon amplified challenges where the construction project had to safely co-exist with these events.

The Tennessee Titans valued PBG Builder’s expertise and entrusted us to act in a consultative role on the acquisition and installation of the high definition video displays at each end of the stadium, enhanced sound systems, and other critical elements of the project.

The result was a project completed prior to the start of the National Football League pre-season game in August 2012, without exceptions, pleasing the Tennessee Titans management.