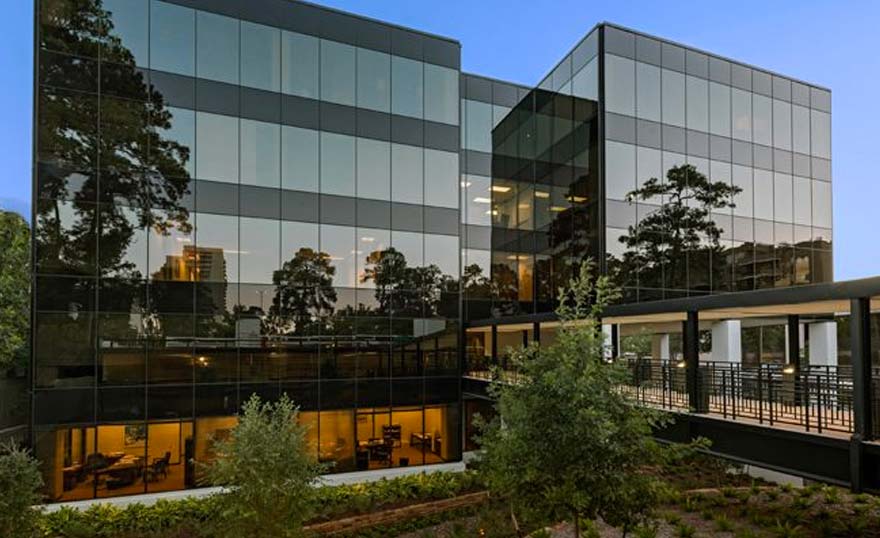 Based on our highly successful performance on completed projects for the Tennessee Titans, team owner, K.S. “Bud” Adams, contracted with PBG Builders again to upgrade an existing commercial property he owned in Houston, Texas.  The project called for his staff to relocate from a leased facility to a building owned by Mr. Adams.  Due to the timing of the rental space’s lease agreement, PBG Builders was presented with a very restrictive time frame in which to perform.  The project for the building renovation started in July 2011with a move-in date of no later than January 31, 2012.

The initial scope of work on the project involved upgrading the finishes in the 1970s office building to make the space more suitable as a headquarters for Mr. Adam’s company.  However, despite the six month construction time frame, the project scope grew from an initial $2 million interior finish project into an $11 million complete building renovation.  This effort included gutting the building, and starting with a shell to transform the facility into a premier Class A office space.  Despite the increase in the scope of work, the permitting and construction schedule could not be extended.

Once again, PBG Builders succeeded in meeting the owner’s need within budget and within the time frame allocated, despite the change in scope.