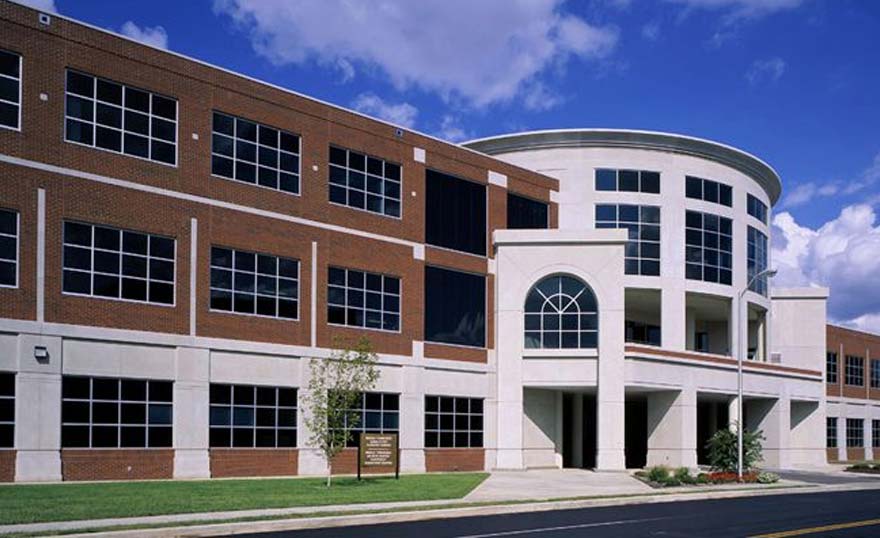 We have had a long, good relationship with Powell Building Group. They have done a great job on both large and small projects and we will continue to work with them in the future.

The purpose of this beautiful, state-of-the-art building was to offer amenities for the comfort of patients while maintaining efficiency for the hospital staff.

Constructed of a brick and pre-cast concrete veneer, aluminum storefront, and curtain wall, the project was initially $2 million over the owner’s budget. However, we were able to value engineer the project to bring it within budget. Then, during construction, we worked with the owner and architect to return the original items.

Due to the owner’s program changes, the scope of the job was increased by 50% as it went along. The Cancer Center floor plan was changed and a second floor included. Another linear accelerator was also added to the Cancer Center. Later, a Diagnostics Center was incorporated into the project.

Despite the expanded scope of work, the Surgical Center was ready for use when originally scheduled, and the Diagnostics Center was delivered just 120 days after being added to the project.