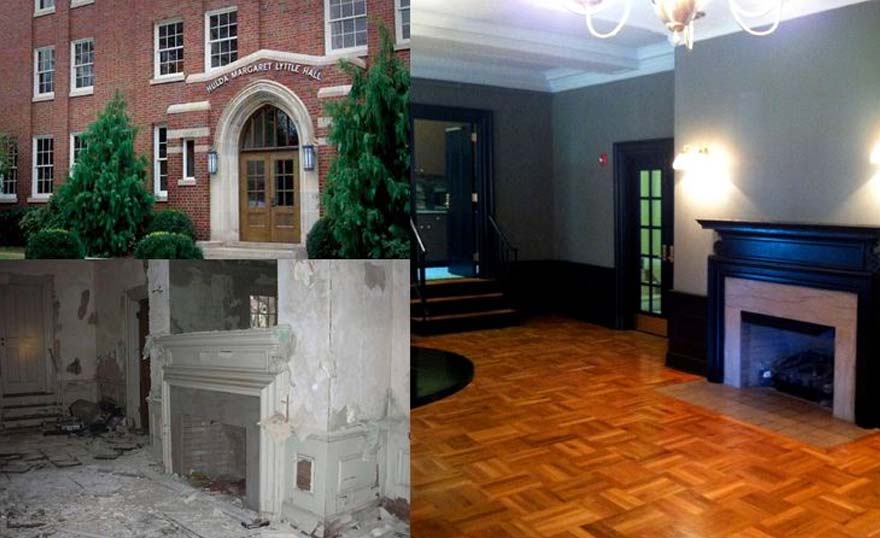 The renovation of Hulda Margaret Lyttle Hall at the Meharry Medical College Campus involved re-appointing and rejuvenating a historically significant building to provide modern offices for the administrative leaders and executives of the college and has become the new prominent public entry to the campus. Lyttle Hall, which is one of the oldest buildings on the campus, built in 1930, was originally used as the Nurses’ Home/Dormitory and was rightfully named after the first African American nurse to pass the Tennessee State Board of Nursing exam in 1915.

The goal of the project was a conversion to office space, but also to maintain as much of the historical integrity of the building so Alumni of the Nursing School would feel the sense of nostalgia when they return for campus events. This was achieved through extensive restoration and recreation of many of the building components such as the wood windows and other architectural millwork items including: wood wainscot, base, stair railings, fireplace surround and mantel, and the distinctive parquet wood flooring in the historic living room. The project was a successful conglomeration of maintaining the buildings storied past, as well as, creating a new and modern facility for the administration that will take the college to new heights in the future.