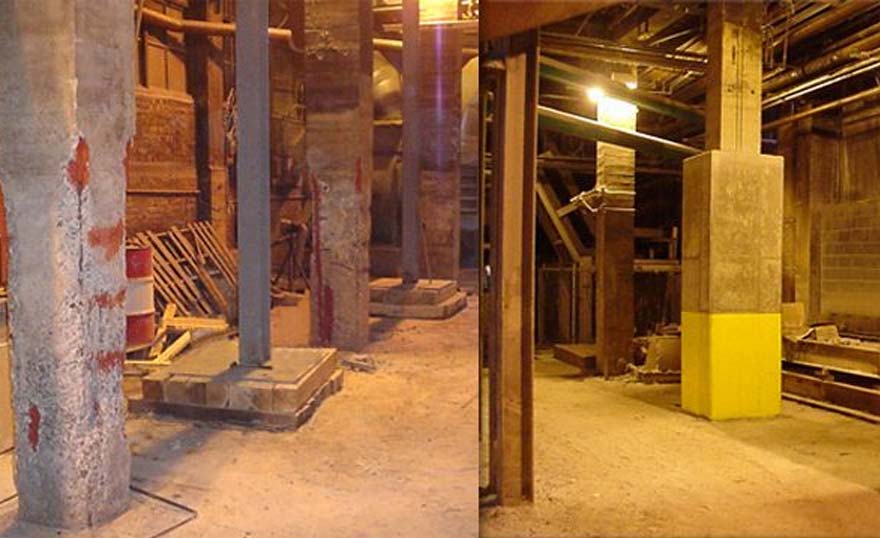 This design/build structural rehab project in a plant originally built in 1919 required us to shore and repair many of the deteriorated beams, columns, and slabs.

We repaired concrete columns, concrete beams, and suspended slabs. The work began with temporary shoring, sandblasting, and chipping to remove the decaying concrete. We then installed steel cage rebar around prepped columns before surrounding the columns with a 6-inch band of concrete.

Steel beams were placed at mid-span between the existing concrete beams to strengthen the existing slab. Some beams had to be installed in two pieces, then spliced together, because of the massive amount of process piping running through beam locations.

Overhead and column patching had to be hand troweled from lifts and scaffolding due to limited accessibility at those heights.